The lower Hollyford’s ecology is one of Fiordland’s most diverse and the area is known as a ‘biodiversity hotspot’ for its wide a range of landscapes, habitats, flora and fauna.

The forest here is home to kārearea, or New Zealand falcon, kererū (wood pigeon), kea, kākā and many other Fiordland bird species, many of which are endangered. 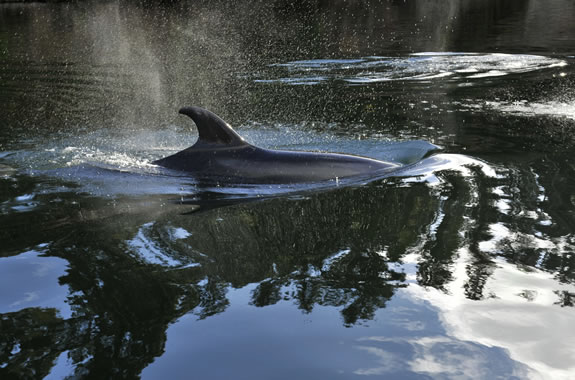 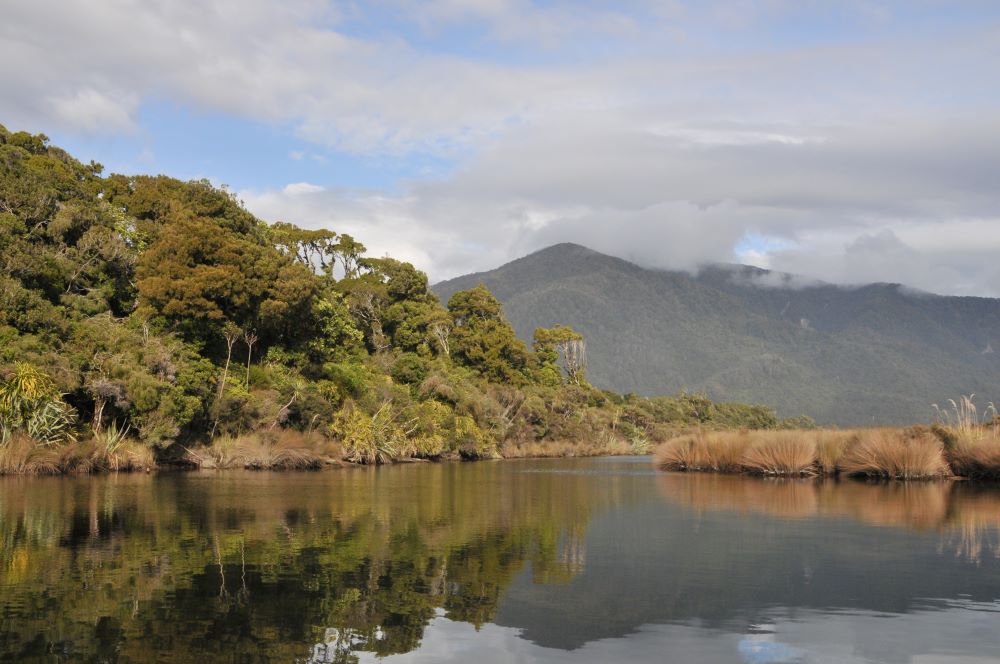 Martins Bay has the longest beach in Fiordland and is noted as having one of the ten most important dune systems in the South Island (of 302 sites surveyed). The dunes are home to a range of nesting seabirds – banded dotterels, terns, oystercatchers, and the Fiordland crested penguin. Native sedge pingao dominates to bind the dunes.

Behind the dunes are various archaeological sites relating to Māori occupation of the area from the 1600s onwards. Towards the south end of the beach the remains of the McKenzie Homestead (circa 1900) can also be seen.

To the north, across the river mouth and around the rocky Long Reef Point, is a colony of New Zealand fur seals and Fiordland crested penguins. 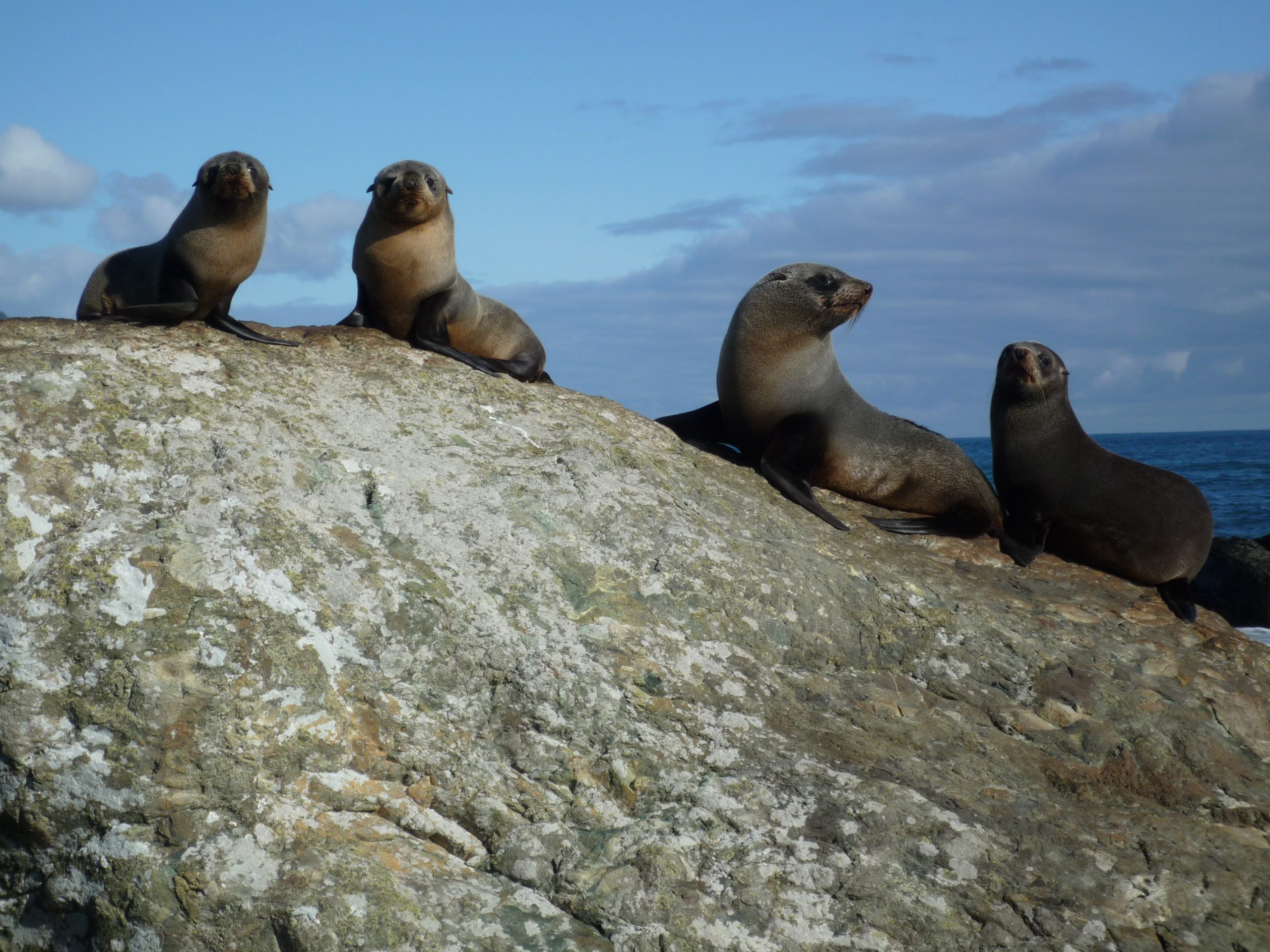 Martins Bay is an interesting area botanically, as it is the southern limit of South Westland forest and the northern limit of Fiordland forest types: mixed beech, podocarp and broadleaf forest with some remaining fuchsia. Southern rātā, once prolific, are in decline, an important food source for kākā, kea, tūī and korimako/bellbirds.

Beyond the dunes and wetlands the forest comprises a good example of mixed beech, podocarp and broadleaf specimens up to 800 years old, as well as fuchsia hardwood associations in many areas.  A striking feature of the forest is the diversity within the understorey. This is illustrated by a single mature rimu surveyed as host to 130 other plant species – epiphytic trees, shrubs, vines, orchids, ferns, mosses, liverworts and lichens. Some remaining mistletoe still exists, as does a rich array of orchids and fungi.

The lower Hollyford is home to flowering southern rātā, Metrosideros Umbellata, which was once prolific in the area. Southern rātā is an important food source for nectar feeders such as kākā, kea, tūī and korimako/bellbirds.

Fruit from podocarp and fuchsia also provide a significant food source for kererū. Both rātā and fuchsia are very susceptible to browse and eventually die-back from possums. Anecdotal and informal monitoring suggests that prior to the Trust undertaking possum control, there were few healthy stands of fuchsia left in the area and that rātā was being severely damaged by possum browse.

Below Lake McKerrow, some remnants of kōwhai riparian forest exist. Some of the ones remaining are in high condition. This is a rare type of ecosystem which has the potential to be threatened from weeds, and without management, will transition in open woodland savannah with remnant old trees. Kōwhai is a valuable food source for nectar feeders such as tūī, kākā, and bellbirds.

The other important area is the McKenzie lagoon associated with the Hollyford River, listed as a regionally significant wetland in the Environment Southland Water and Land Plan. This lagoon and oioi rush-land differs from other southern examples and there has been a large loss of this wetland type nationally due to it being relatively fertile. It is very vulnerable to invasion by willows and exotic grasses and without management could be reclaimed by weeds if introduced to the area. This wetland/lagoon area is a significant habitat and breeding site for many wetland birds including the nationally critical kōtuku (white heron) and Australasian bittern. 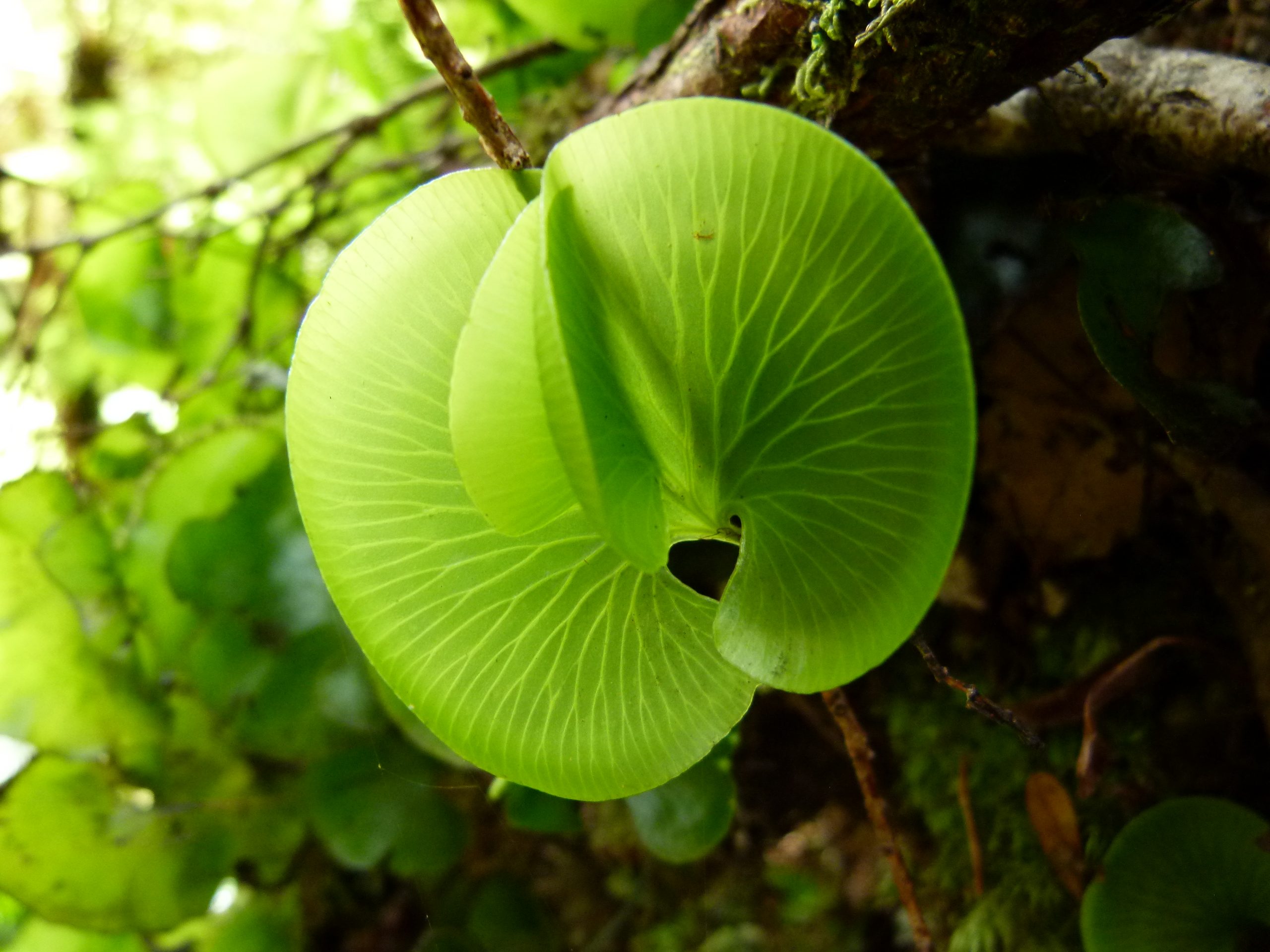 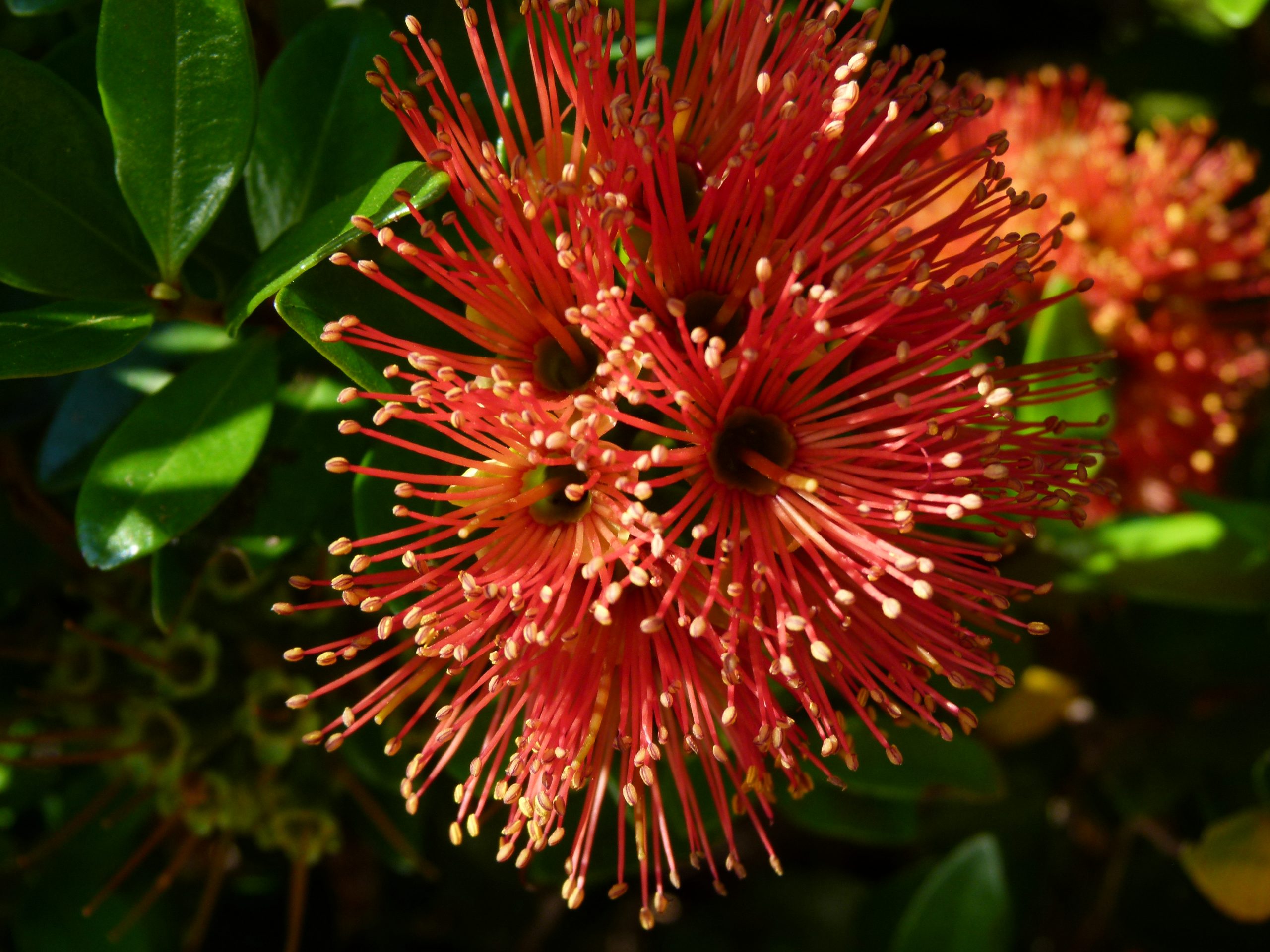 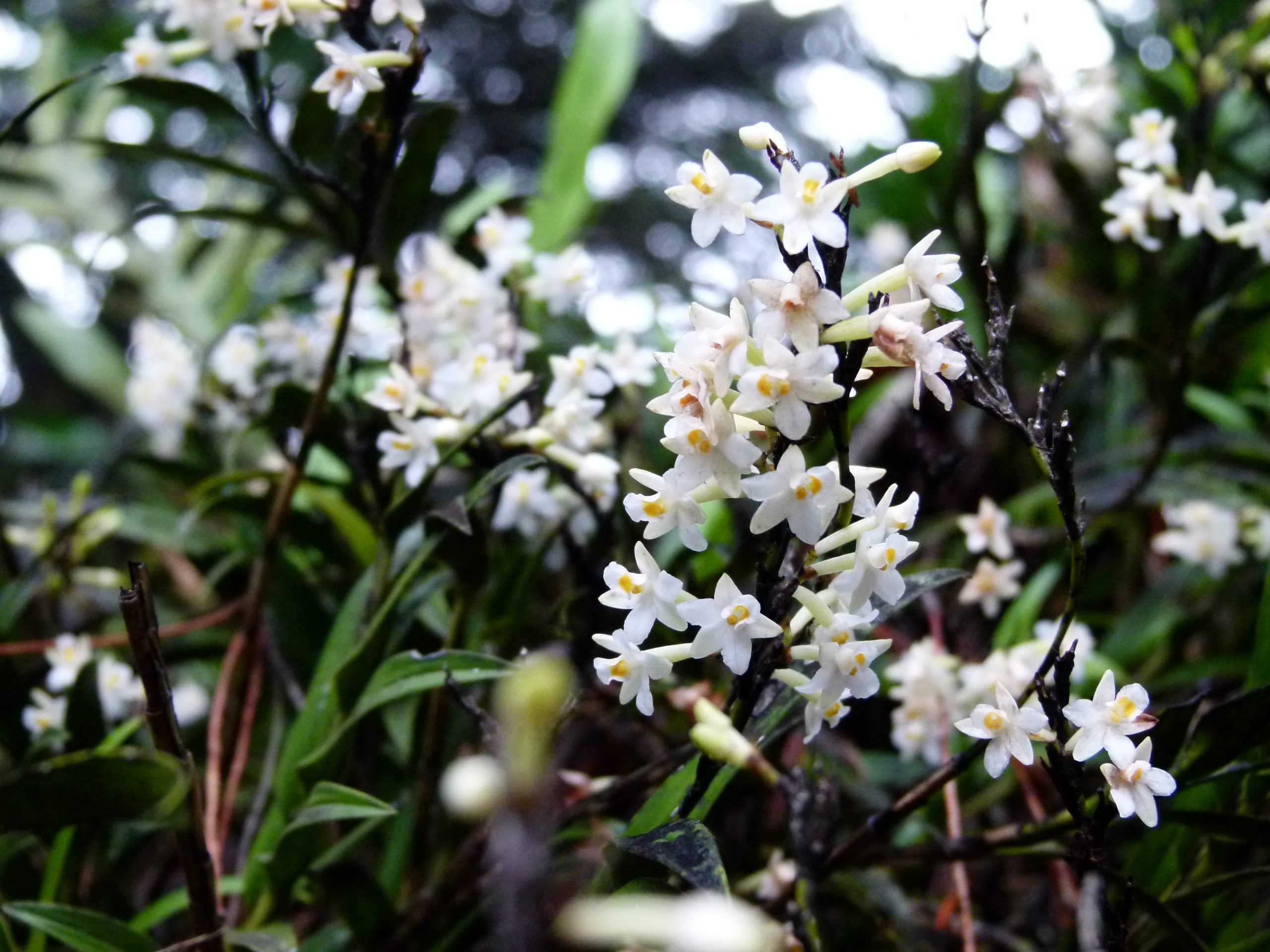 Like many places in New Zealand, the fauna in the Hollyford Valley has been decimated by the the introduction of exotic pests.

The range of native bird species found in the Martins Bay area was not dissimilar to that found in the majority of Fiordland/South Westland forests. Common birds include the pīwakawaka/South Island fantail, South Island tomtit, korimako/bellbird, brown creeper, riroriro/grey warbler, ruru/morepork, tūī, and rifleman. Anecdotal evidence suggests bird life and song was relatively low and in decline prior to the Trust’s involvement in the area.

Less common species which were present include South Island kākā, kea, and kārearea/New Zealand falcon (all nationally endangered); and yellow-crowned parakeet, kererū, and the tawaki/Fiordland crested penguin (all in gradual decline). None of these bird species were reported to be in high numbers and were likely to be only remnants of what were once stronger populations.

The decline and regional extinction of these species from the area can be directly attributed to predation by introduced pests, primarily stoats and rats, and to a lesser extent possums. Possums and deer have also played their part by browsing and reducing the quality of native vegetation which is a food source and habitat of native species. 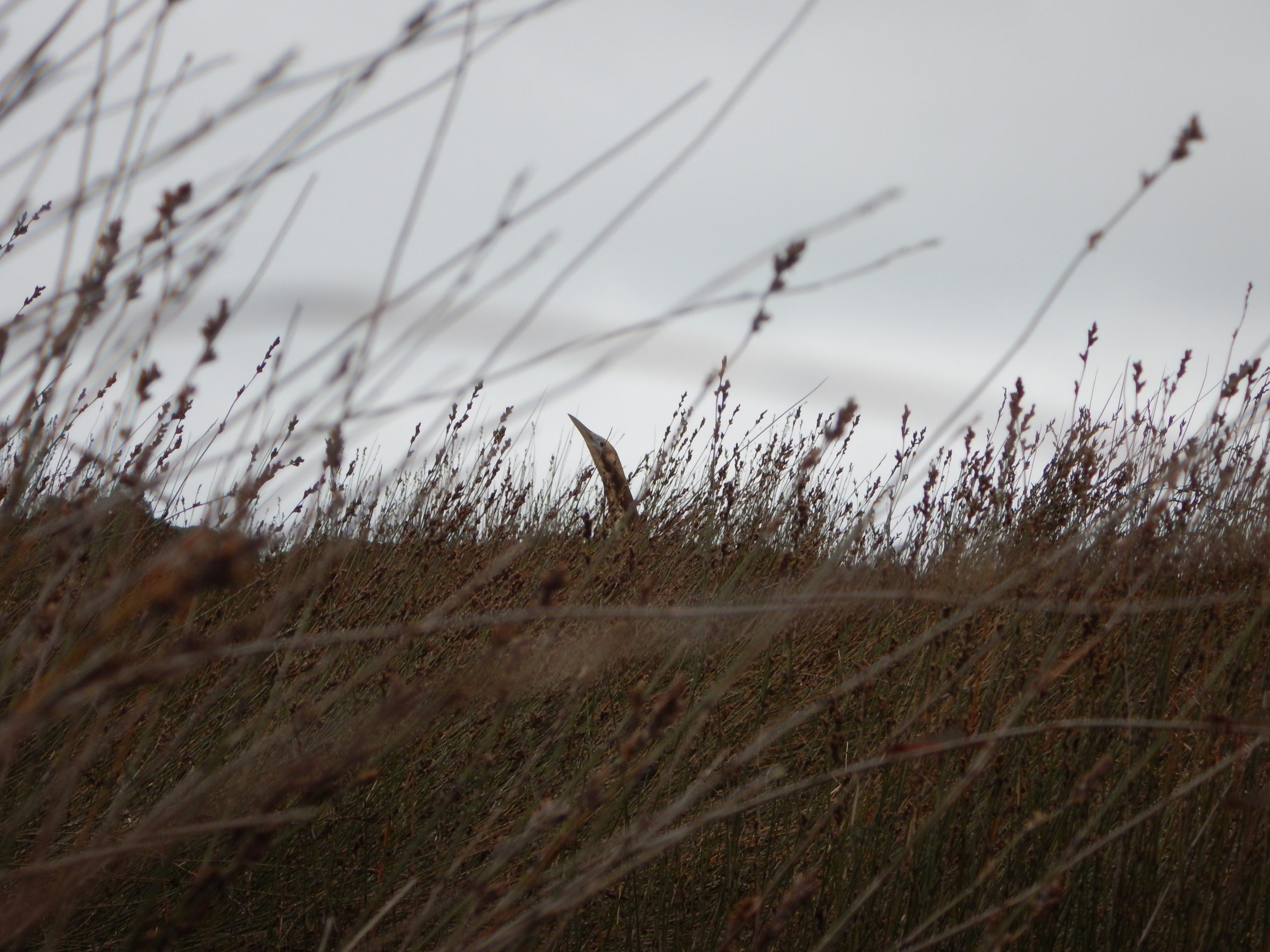 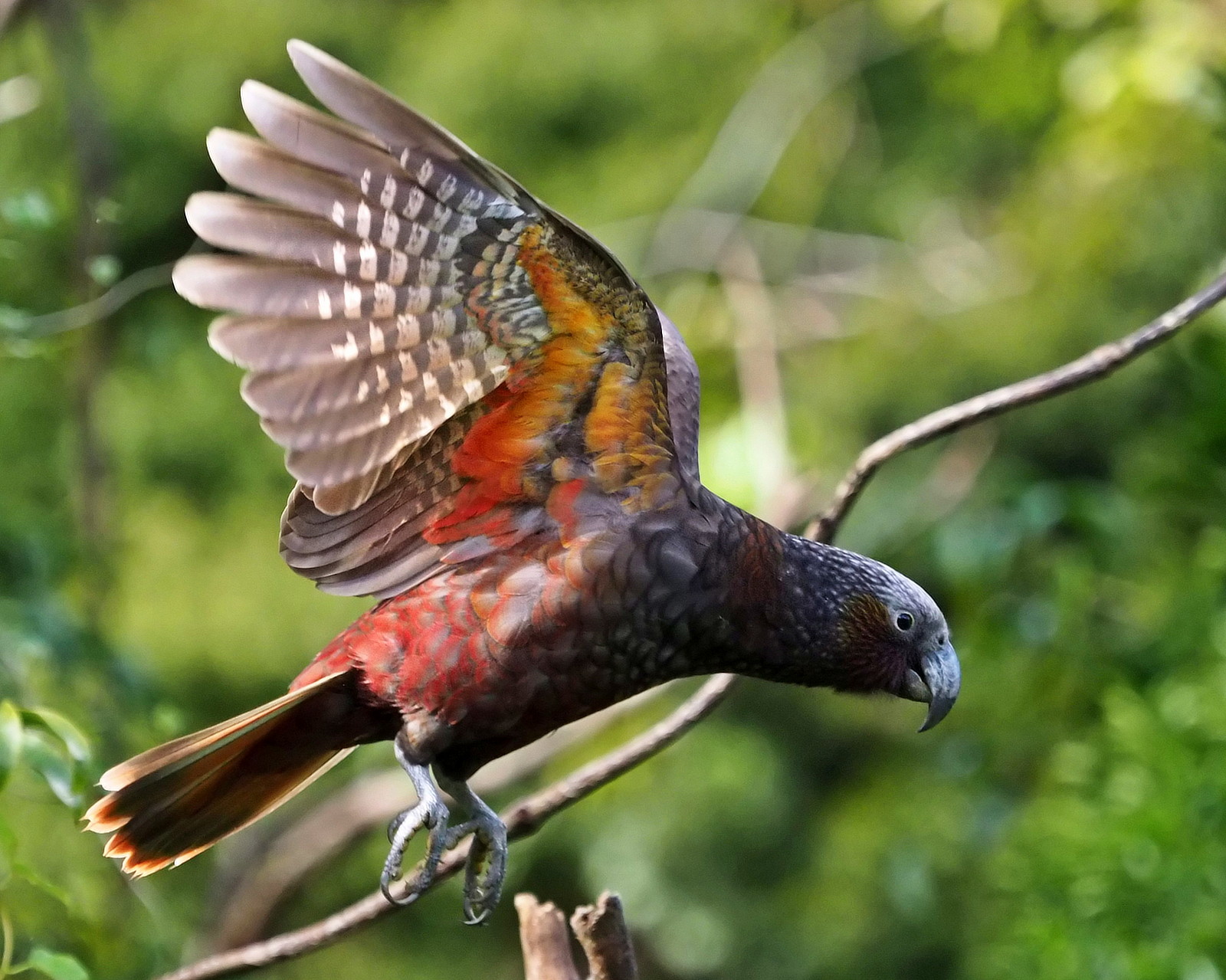 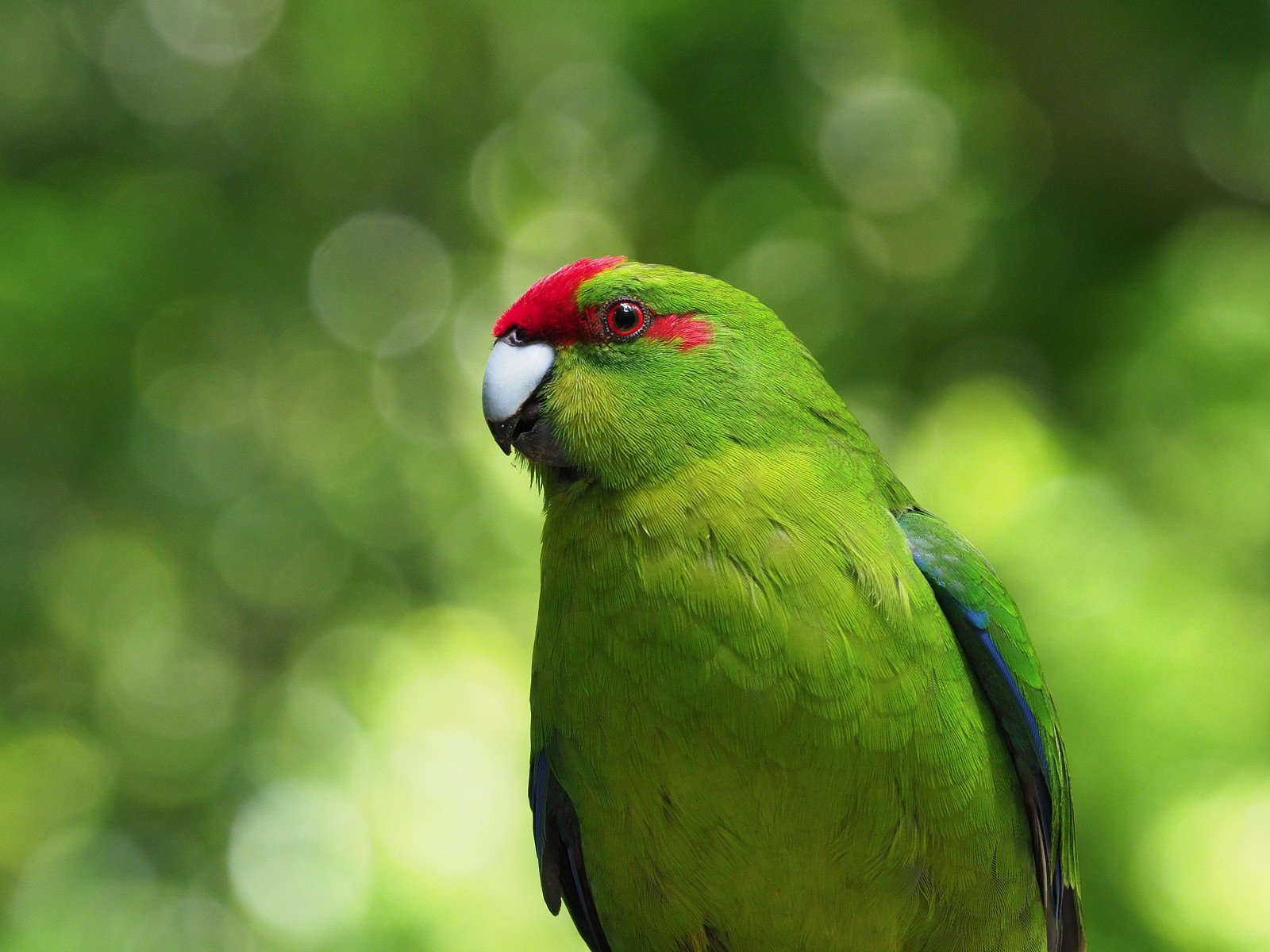 Have you seen birds in the Hollyford? Report your sightings!