Martins Bay – Whakatipu Waitai – in the lower Hollyford Valley has an incredible diversity of native ecology, both marine and terrestrial. The area also holds a rich and fascinating heritage, Māori and Pakeha (European).

Lying at the end of The Hollyford Track, the area receives thousands of visitors every year. Some are hosted by Ngāi Tahu Tourism on a private 3 day walking and jetboating journey (Hollyford Track); and many more come on their own terms – fishermen, freedom trampers, hunters, whitebaiters, general recreationalists and many from the various runanga of Ngāi Tahu.

This is a unique community of visitors and residents who all care deeply for the restoration of the area’s ecology. Read about the Biodiversity, Whakapapa and European History to understand why.

Martins Bay, Whakatipu Waitai, lies at the outlet of the lower Hollyford River. Martins Bay marks the northwestern corner of Fiordland National Park, and is entirely within the Te Wāhipounamu World Heritage Area. The bay spans approximately nine kilometres of the coast, but is divided by the outlet of Lake McKerrow.

The majority of land tenure in Martins Bay is public conservation land managed by DOC, however, there are 19 private parcels of land on both sides of the Hollyford River and Lake McKerrow itself, as well as council road reserves (see map below). These private parcels of land and road reserves resulted from historical settlements at both Jamestown and Martins Bay during the 1870s. Both Martins Bay and Lake McKerrow have significant pre-European and post-colonial historical values, and there are a number of unmanaged historical sites throughout the area.

Martins Bay is at the end of the popular 53 km Hollyford track. The track includes a network of huts and lodges. The huts are operated by DOC for freedom trampers. Ngāi Tahu Tourism operates the lodges as part of a private operation bringing over 1300 national and international visitors to the area each year. Several thousand more visit the lower Hollyford annually as freedom trampers, hunters, whitebaiters or other recreationalists.

With no road access, the lower Hollyford is relatively isolated, but the coast at Martins Bay can be reached all year round by boat, by air or by walking the Hollyford track, usually over 3-4 days. This relative isolation is part of the area’s charm.

The area has a fascinating social history but what sets it apart is the richness of diversity within its dune, wetland, and forest ecosystems. 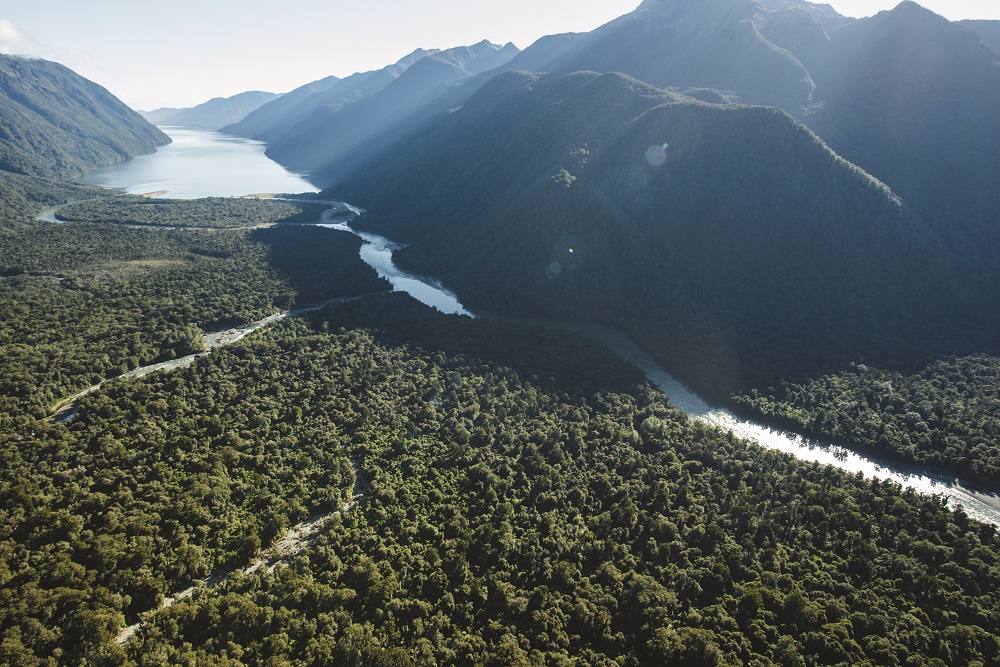 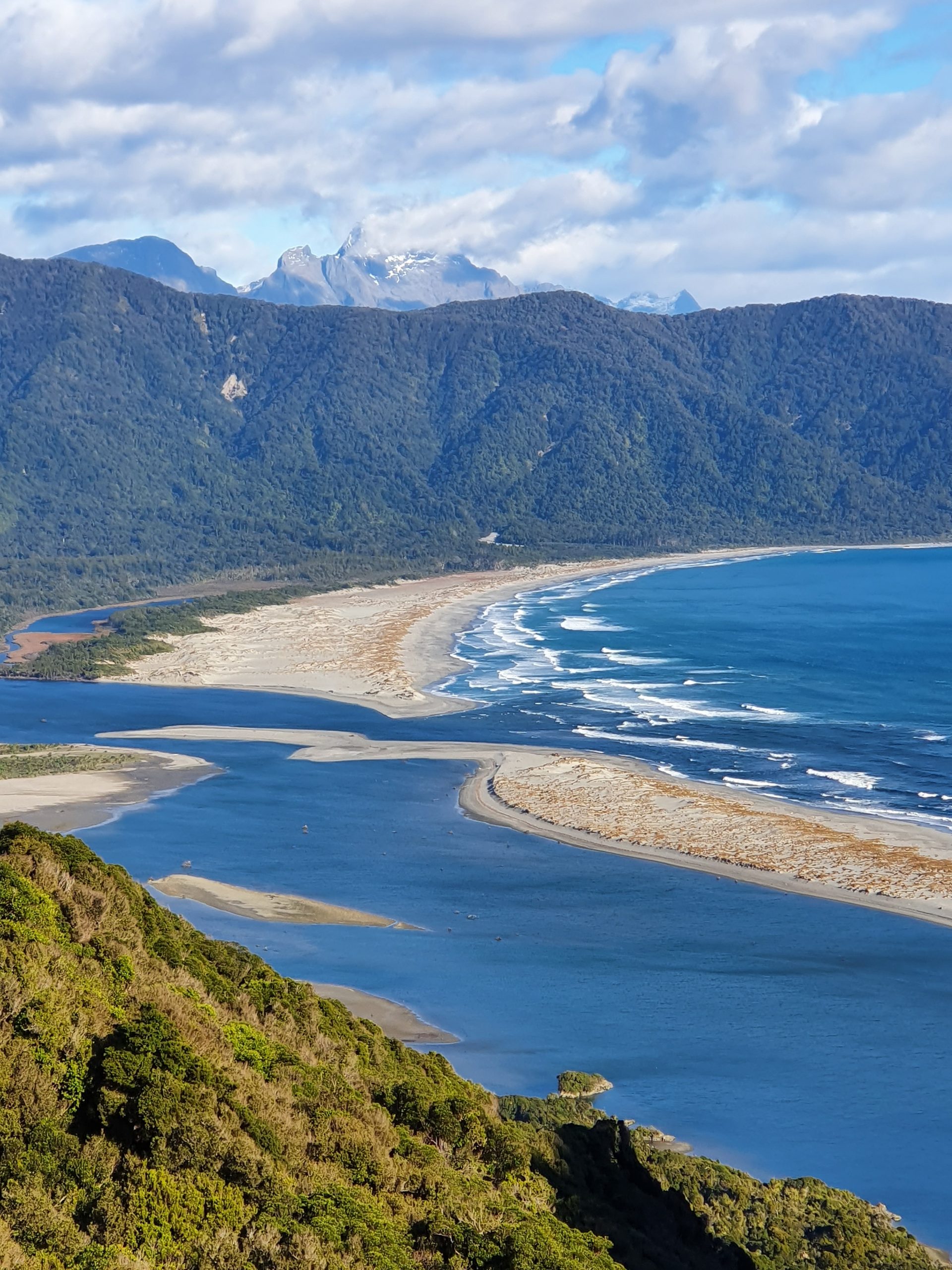 The project area comprises 2600ha on the valley floor on both sides of the river and lake, the foothills, and the beach and rocky coastline. Pest control is undertaken via an intensive network of traps and bait stations. See our Pest control page for further details. 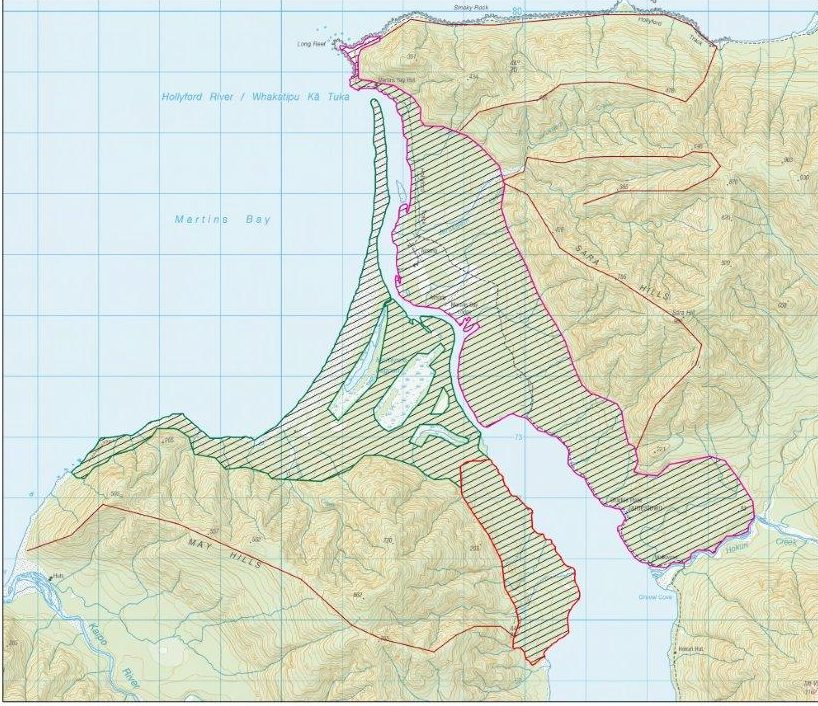