Stoats are one of the main land-based threats for tawaki. They prey on both chicks and sick or injured adults, so pest control during the breeding season is important to allow the chicks to fledge. In July, tawaki return to their nests from their long journey at sea. They typically lay two eggs in July/August, and the chicks fledge in late November/December. Tawaki are also vulnerable during moulting, which is typically around January/February.

Not a lot is known about tawaki – very little research has been done on this species, especially compared to other species such as the yellow-eyed penguin. A not-for-profit called The Tawaki Project has been set up as a long-term study of the marine ecology, breeding biology and population dynamics of the world’s least known, most enigmatic penguin species.

Approximately 55 A24 traps with a stoat lure have been installed at 100m spacings along the coast, to just north of Penguin Rock. The trapping line forms a loop coming back over the ridgeline, with A24 traps set every 200m along this section. The self-setting traps are serviced three times a year to ensure year-round protection to wildlife in the area.

The Trust has been fortunate to have Mike and Don McConchie volunteer their time to cut and mark the new trapping line. Michael Pullar, Ross Dungey and Nick Graham have also volunteered their time putting out the traps. 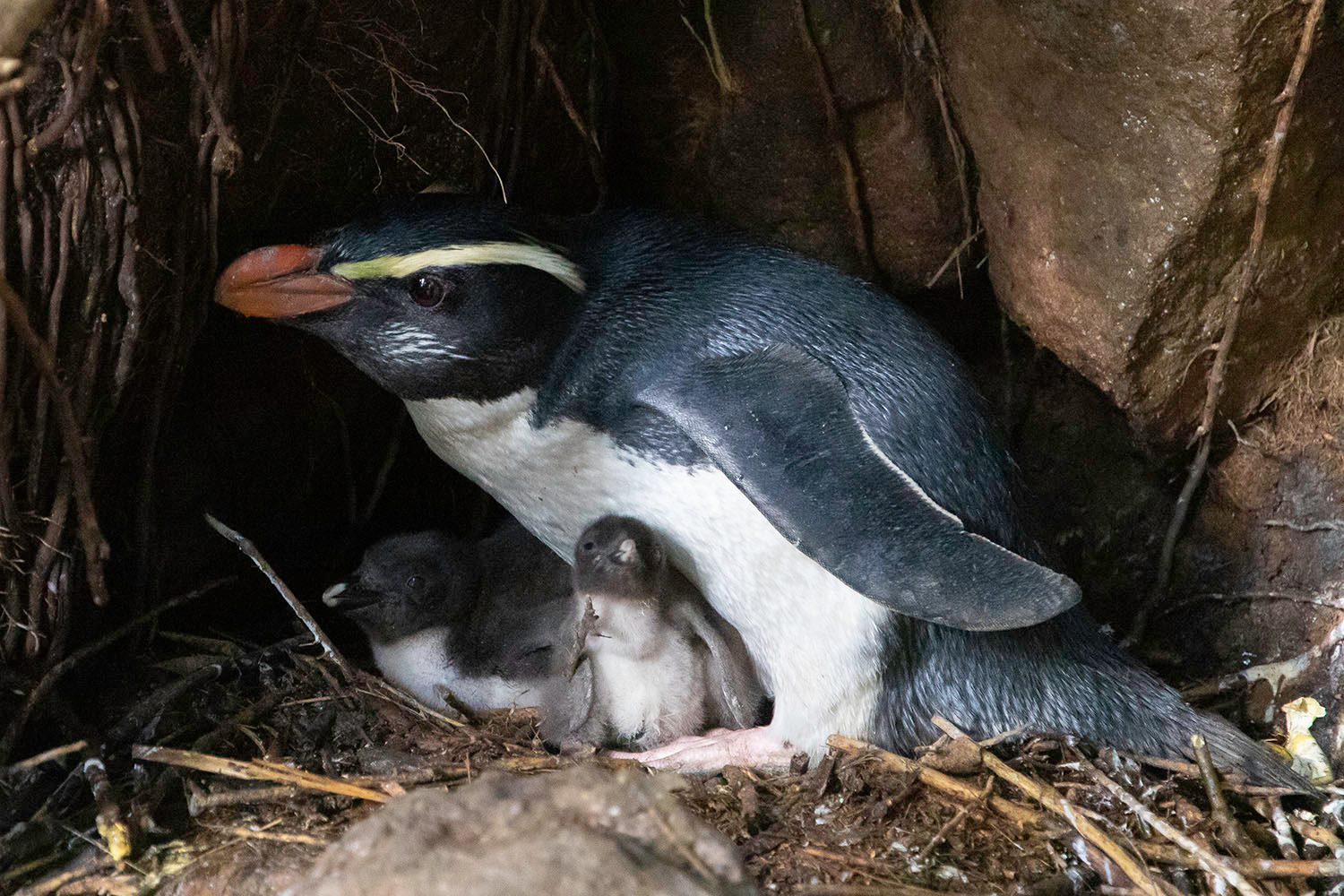 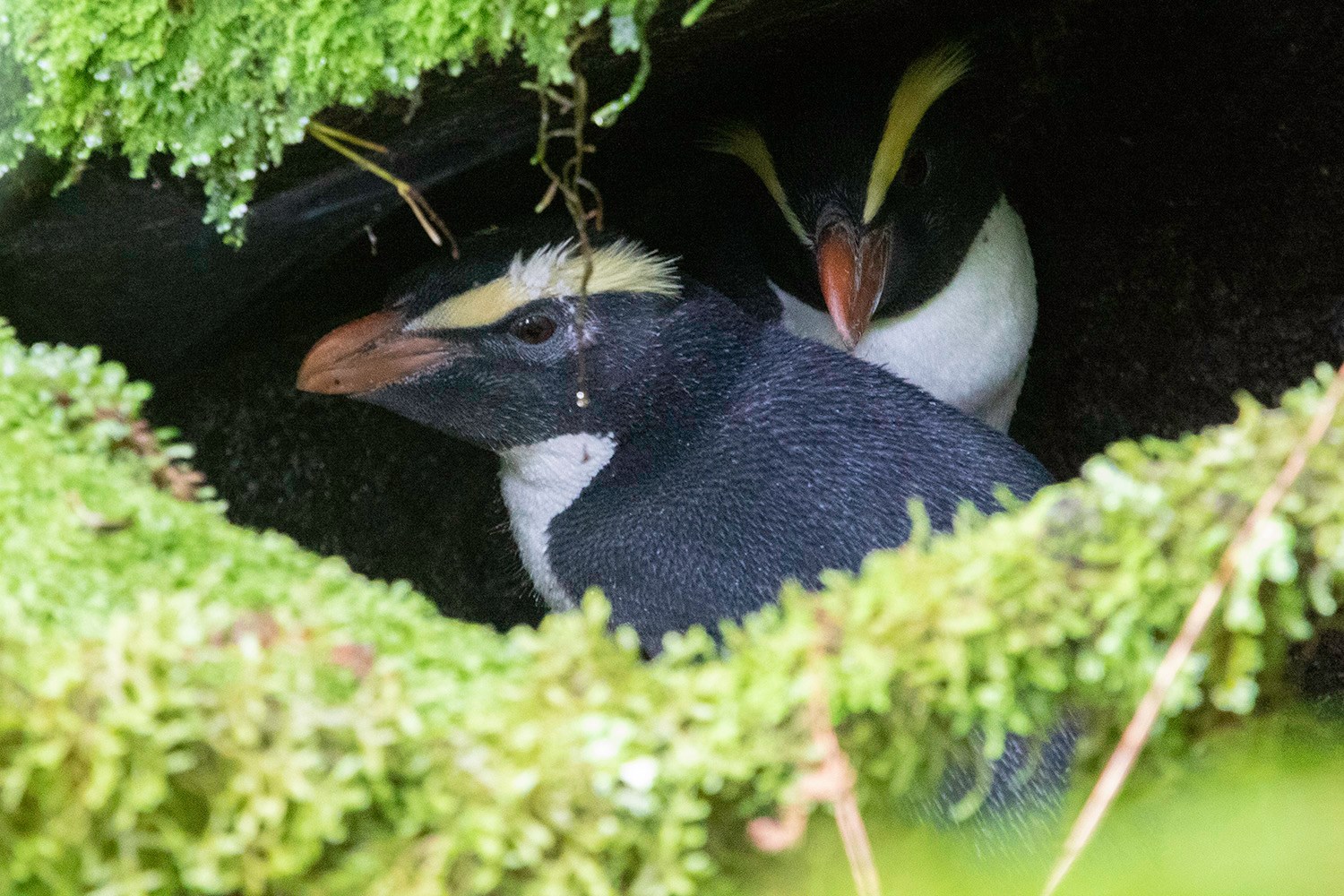 The Cliff Broad Memorial Fund was established in 2018 in memory of Cliff Broad, who had a lifelong love of the entire Hollyford Valley and Martins Bay, from the Homer area and Mt Talbot all the way to Martins Bay, Long Reef and the spit. His early trips to the area were when he was still a teenager. His last trips, to Gunn’s Camp in the lower Hollyford, were when he was in his 80s.

Cliff took his 3 children (Lindsay, Alison and Sarah) to the Hollyford on many occasions from when they were small children. His daughter, Alison, recalls ‘We have many happy memories of nights spent at the Homer Hut, Gunn’s Camp, the Hidden Falls, Pyke and Alabaster huts, and of course at Martins Bay as well, and wonderful adventures and expeditions during the days there.’

Cliff walked the Hollyford track on many occasions over the years and was also very familiar with most other tracks in the Hollyford catchment. In his early years he also climbed a number of the peaks in the upper Hollyford area.

While his most adventurous times were in his younger years, his love for and enjoyment of the area never faded. He also really enjoyed his associations with people in the Hollyford, including Davey Gunn, and later Davey’s son Murray.

Thank you to the Broad family for their generous donation and ongoing support of the Trust. 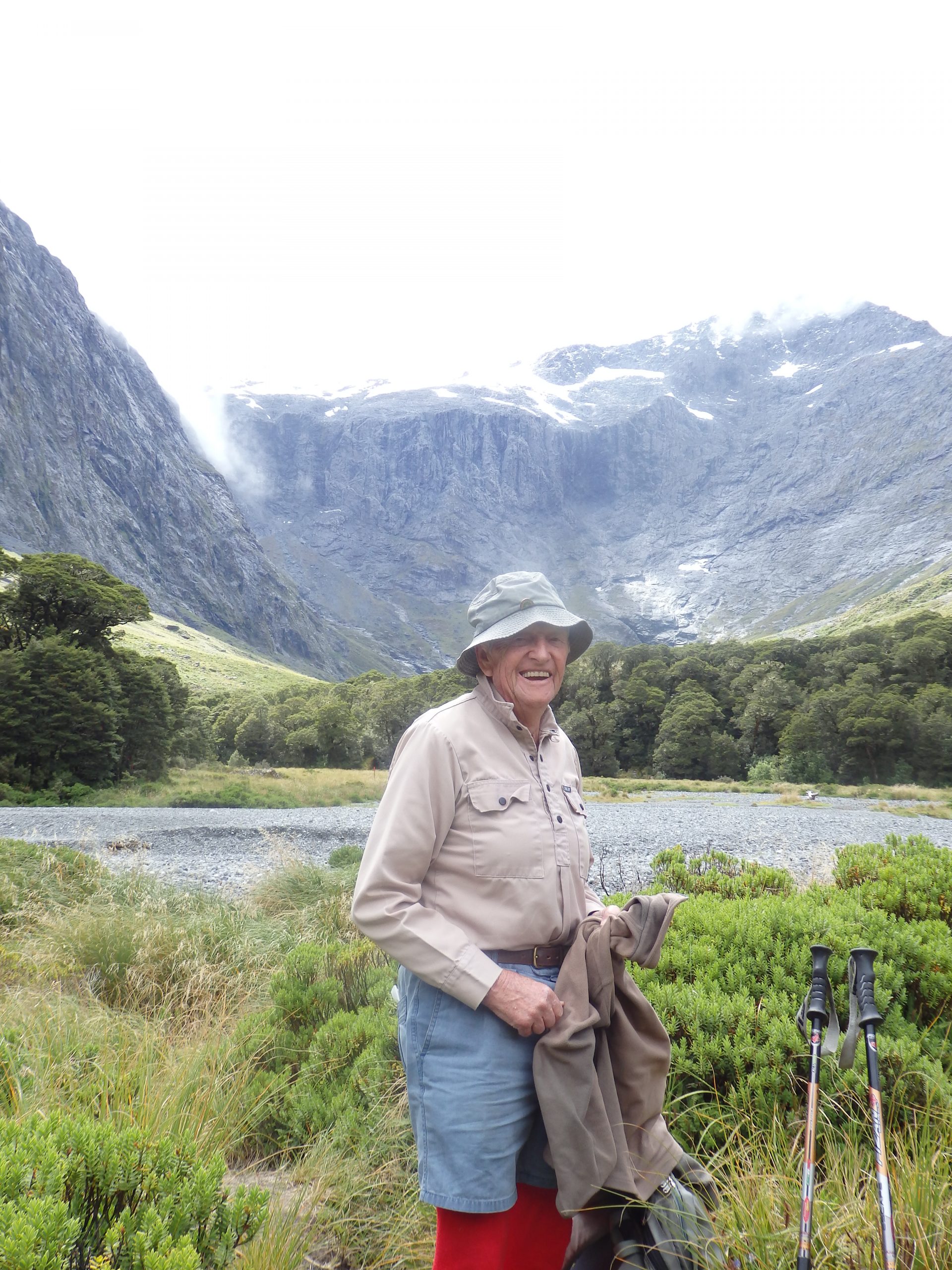 Cliff Broad near the Homer Tunnel 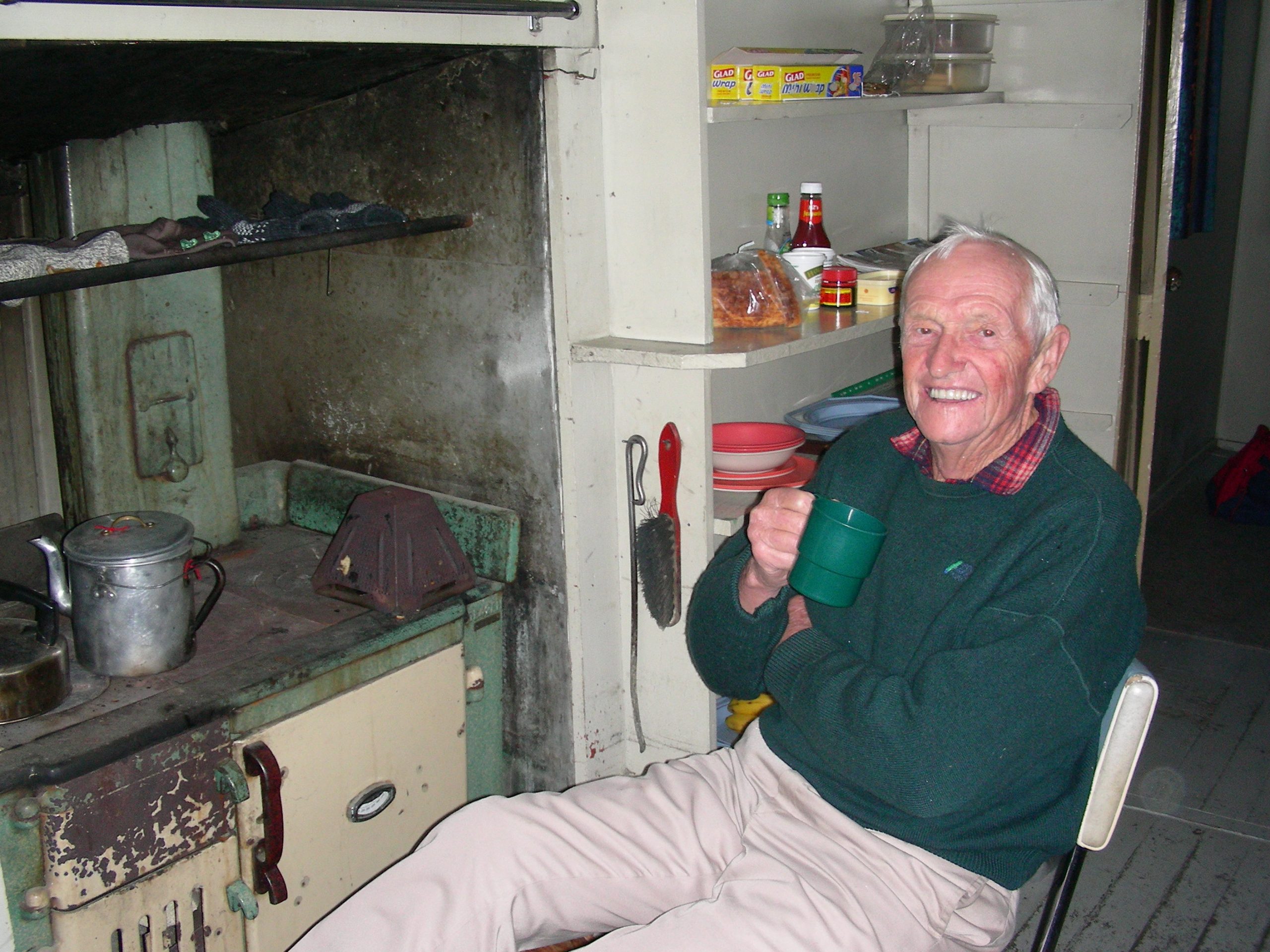 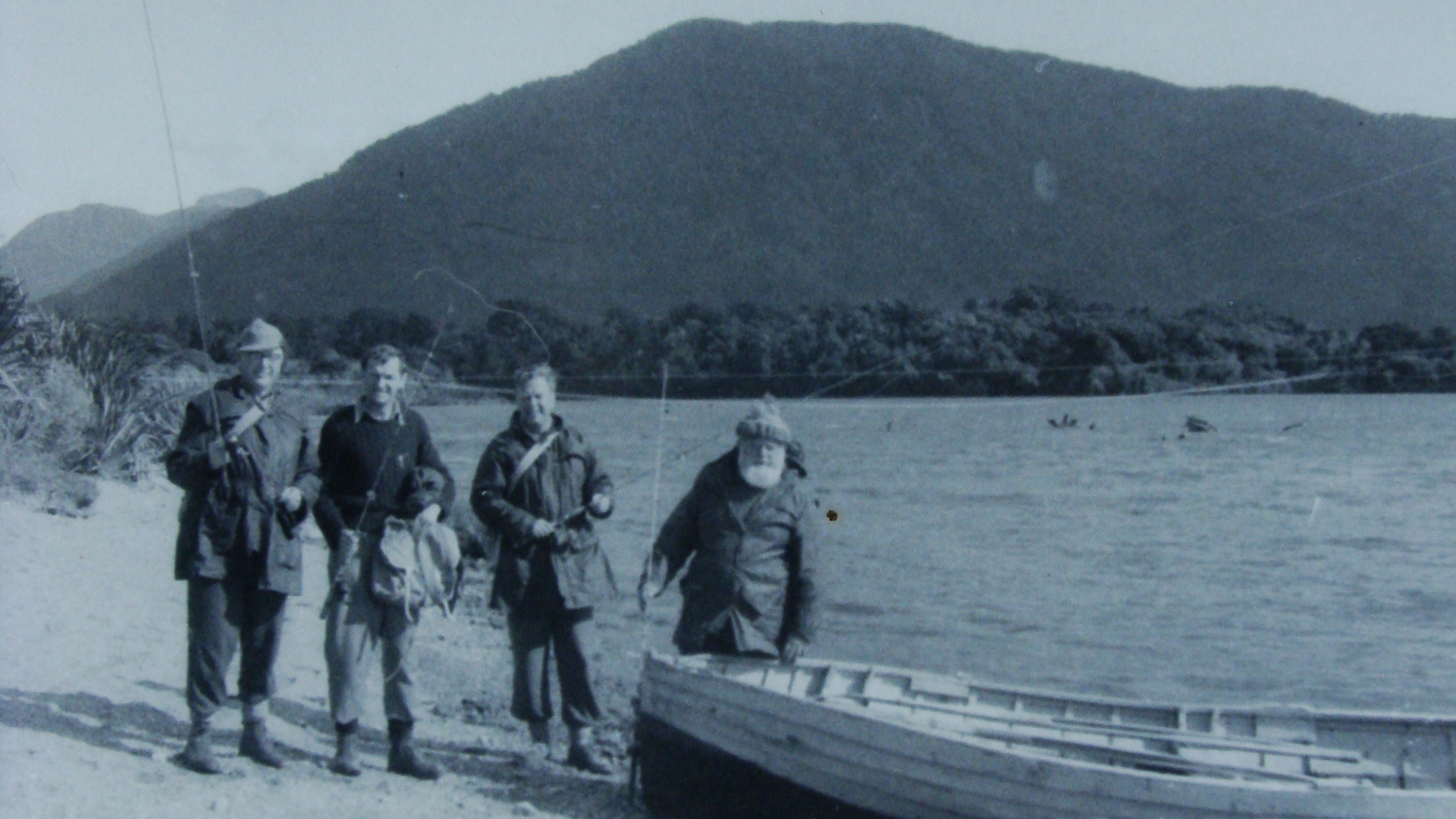 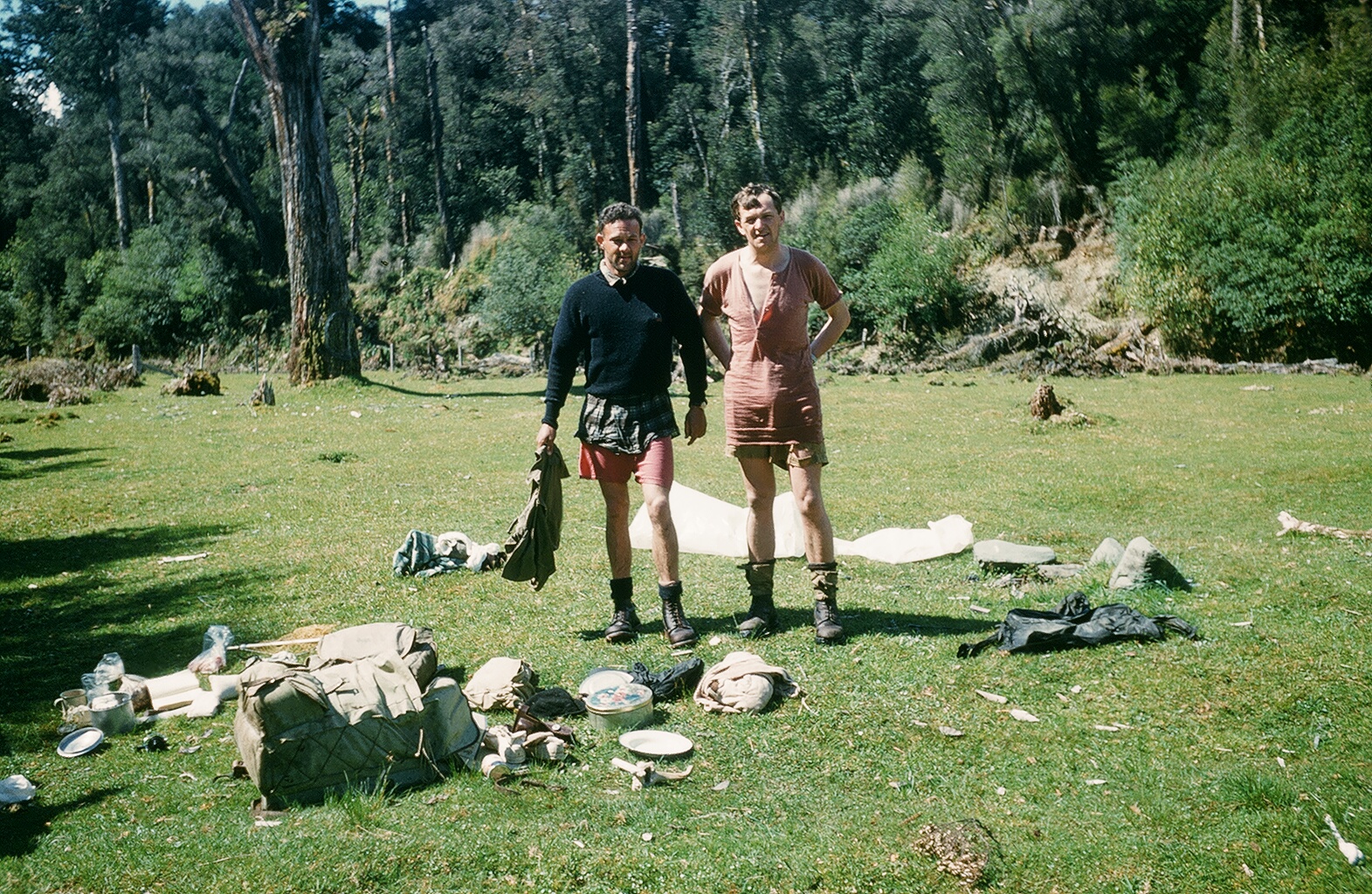